You Are Here, the festival I co-produce alongside talented rapscallions David Finnigan and Adam Hadley, is done for this year. Here’s a quick debrief I put together for our friends at BMA Magazine: 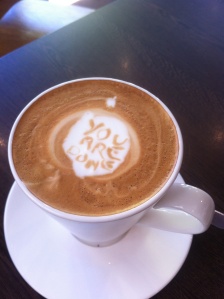 After approximately 45 events across ten days You Are Here 2012 is done. Our gorgeous Newsroom has been cleared, cleaned and the keys returned. We are still busily gathering our final facts and figures, but initial counts show at least 5000 folk joined us for the ride, both from Canberra and further afield. That doesn’t take into account those strewn around the country and the globe who have been checking out photos and videos of our events and sending Canberra love via the internet, wishing they were here with us.

You Are Here will be happening again in March next year, in the culmination of Canberra’s birthday celebrations. As we are an initiative of the Centenary of Canberra this will mark the end of the You Are Here three part series in its current form. But don’t fret – in between planning the 2013 festival we are looking at ways to take You Are Here into 2014 and beyond – the whats, wheres, whys, whos and mostly – hows. In the meantime we are tying up loose ends, thinking back across the ten days past, and nursing nasty head colds.

Thankyou to everyone who joined us for You Are Here 2012 – it’s been amazing.

My personal highlights for You Are Here 2012 include: